It is common for individual fire ant nests to contain thousands of ants, with a year-old colony having as many as 10,000 workers.

By 3 years of age, a colony could contain as many as 100,000 individual ants — comprised of three distinct groups that have very different functions. 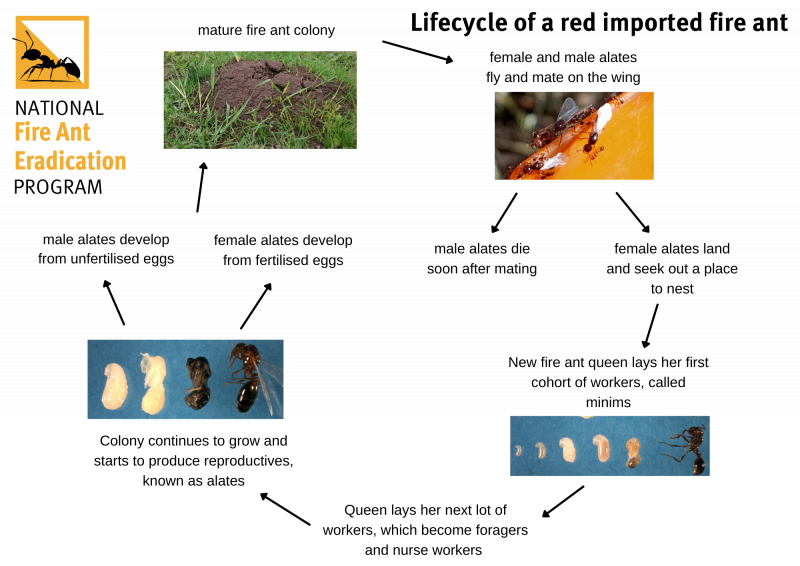 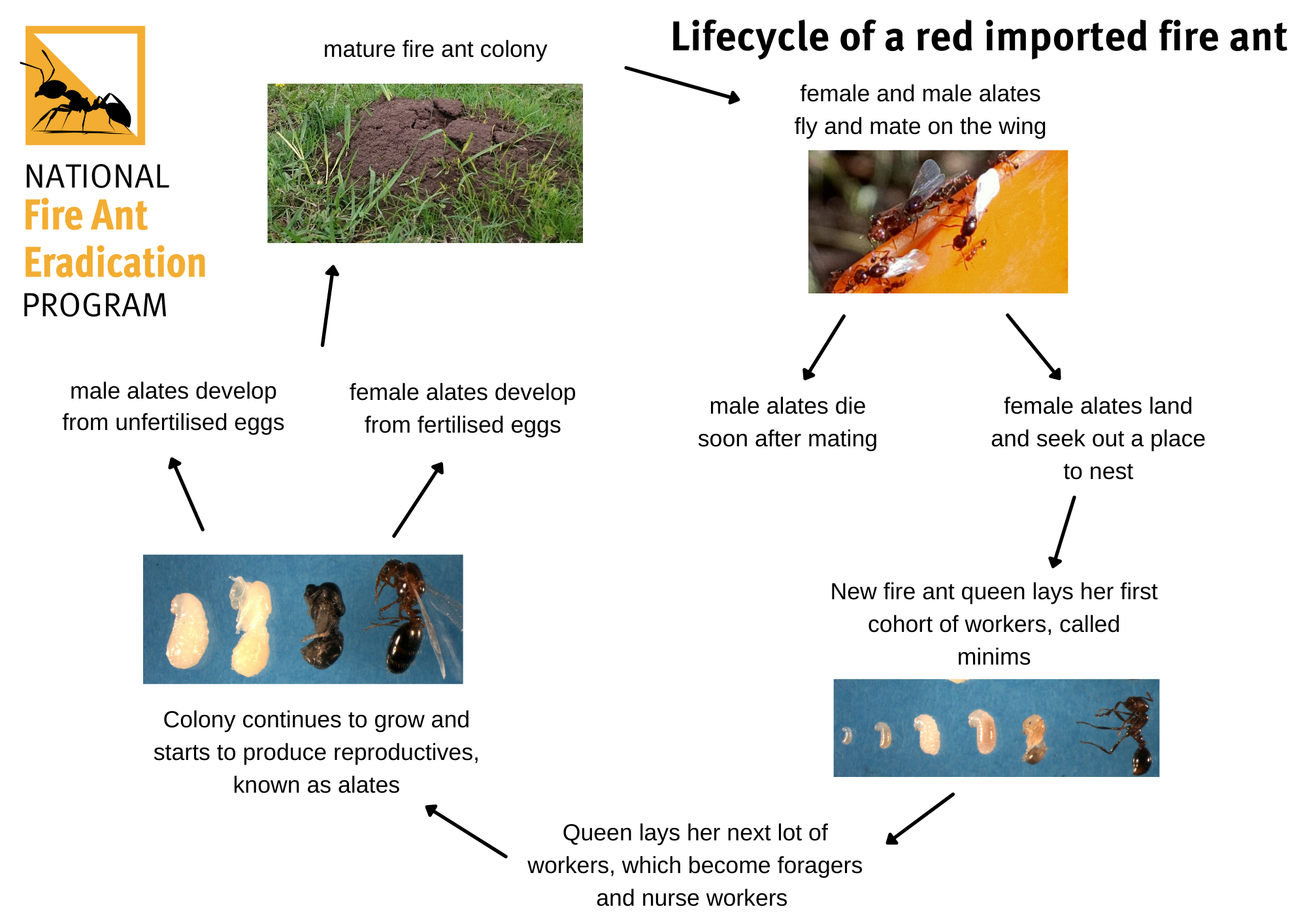 It generally takes 18 months to 2 years before a mature fire ant colony can produce alates.

The queen in a Monogyne colony only cares for her very first offspring. Once this first brood reach adulthood, the workers take care of the young and the queen, allowing the queen to focus on producing more young to make her colony grow.